I enjoy both tabletop and computer games immensely, and think about game design and mechanics more than my lovely bride would likely prefer. I learned to program as an early teen by designing and coding countless terrible games, all of which will go unmentioned. Here are a few that I’ve worked on that I’m proud of:

You’re an aspiring musician with empty pockets, an old guitar, and big dreams. Play gigs, pay your dues, earn money and fame, have terrible mishaps, sabotage other bands, hire new band members, buy a tour bus, gain fans, and eventually beat your friends to be the first inducted into the Rock and Roll Hall of Fame.

My design goal for this game was to make something my whole family would enjoy: easy enough to pick up that my social gaming friends would enjoy it, but with enough richness that those of us who like crunchy rule sets wouldn’t be bored stiff. 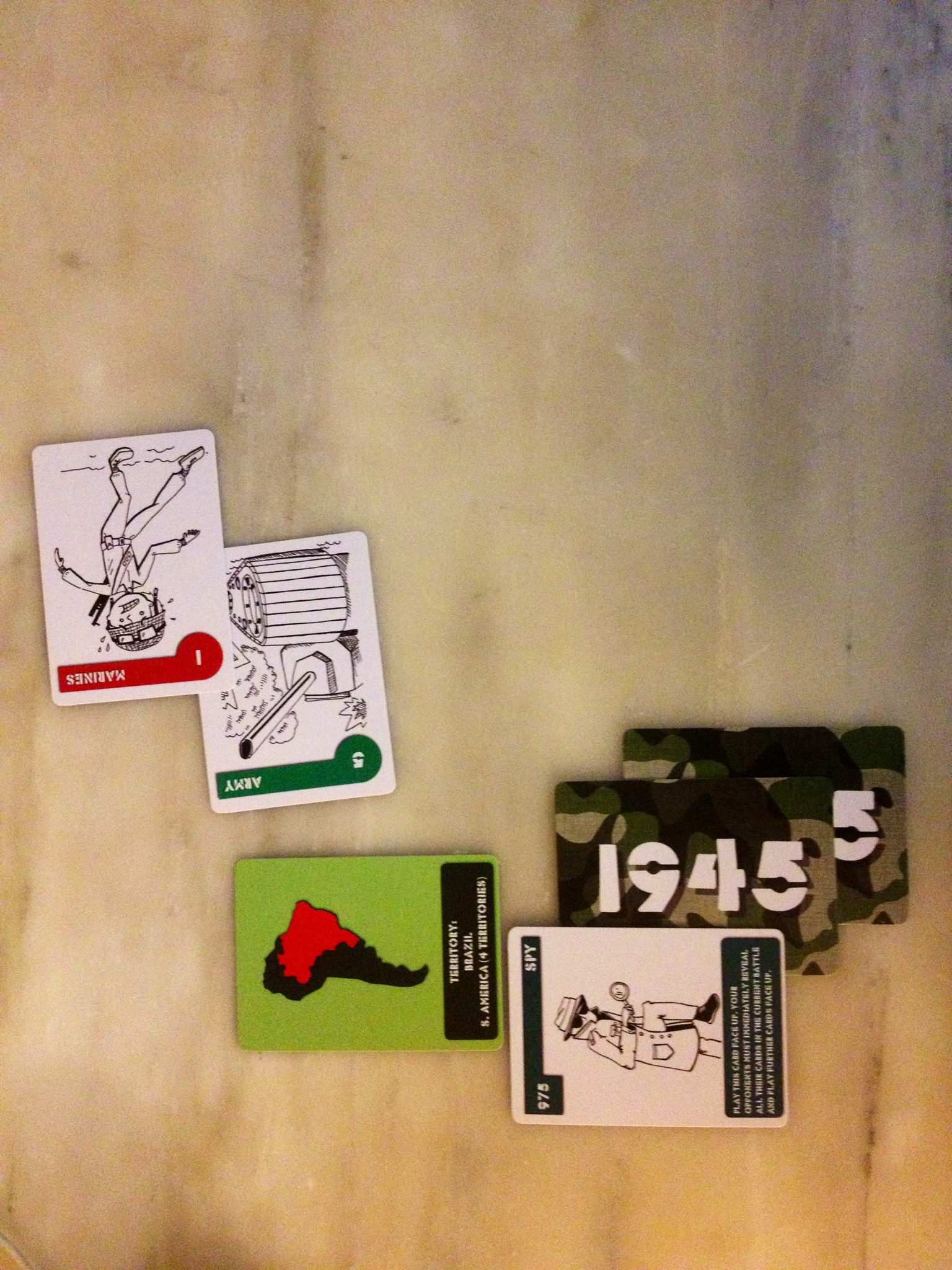 The easy to learn, fun to play, strategic card game of world conquest.

One day several years ago when we were on a family vacation, my son said “We should make a something like Risk, but as a card game.” He and I then spent the next year designing 1945 together, play testing it with friends, family, and passers-by, hiring my daughter to do the illustrations, and generally having a great time. Even now, after it’s been in production for several years, we trot it out for family gatherings as one of our favorite tabletop games.

Though it’s far enough back in my work history that I no longer have it on my standard resume, I worked for Origin/Electronic Arts for four years, originally on the billing systems and then later on the game server. I loved the sense of a living, breathing world with functioning ecosystems, persistent changes, and tremendous amounts of player interaction.