During my tenure at Mutual Mobile and elsewhere, I’ve consulted and code reviewed quite a wide variety of iOS projects. The ones listed here are those that I was involved with for longer periods of time or for which I was solely responsible. 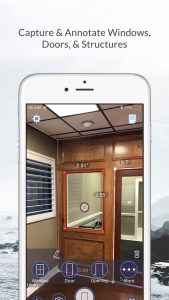 PLNAR is an iOS AR tool that allows users to quickly create floor plans and 3D models of rooms. It uses ARKit to track device location and orientation, SceneKit to render overlays, and a cloud based backend to process the data captured by the iOS app and create reports on it suitable for use by insurance inspectors and folks working on do-it-yourself home projects

I learn best by doing. Accordingly, I maintain a small hobby app where I try out the new technologies and tools (and toys) that Apple gives us in the iOS SDK. It’s designed to help you think about and focus on the three most important tasks to tackle on a given day, and includes reminders, a today widgets, and lots of snappy advice about productivity.

It’s both open-source and on the App Store.

This ambitious project aimed to deliver an entire English curriculum to high school classrooms using iPads for each student and teacher in conjunction with cloud-based content and a Mac connected to a classroom projector. It included assessments, tracked reading assignments, in-class activities, etc. and resulted in an average 2 year improvement in test scores for students who used it for a year. This is still one of my favorite projects because of its breadth and purpose. Technically interesting portions of this project included using CouchDB to distribute content and student data among devices and through a cloud server, custom-rendering eBook content, and XMPP-based real-time communication among disparate devices within a classroom. 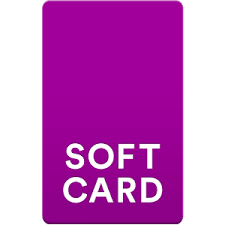 AT&T, T-Mobile, and Verizon collaborated to create Softcard, a phone-based electronic wallet and payment solution. The iOS version was never released, due to a combination of the clunky NFC sleeve that was necessary at the time and Apple’s introduction of Apple Pay. Interesting technical challenges on this project included the need for rock-solid state management and very high security requirements. It was on this project that I developed my passion for peer review of code. 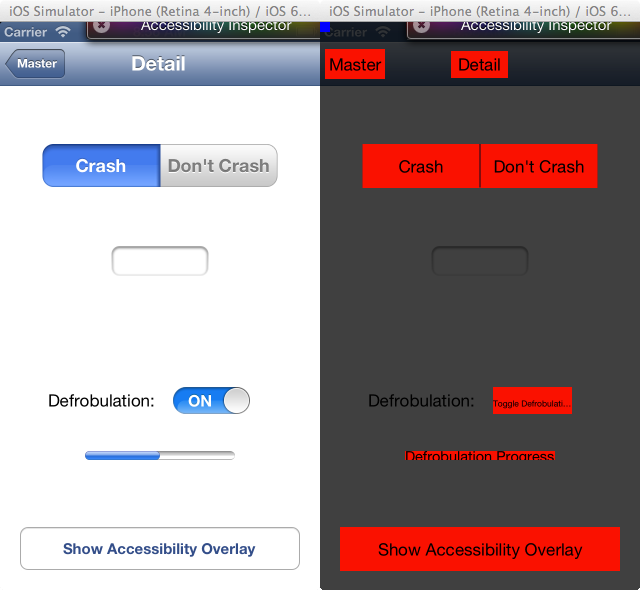 Accessibility Overlay was an open-source project I developed to support my CocoaConf talk on Accessibility in iOS. It traversed the UIView hierarchy to build a visual representation of how VoiceOver users would perceive content within in iOS app. We used it internally at Mutual Mobile to support our accessibility efforts, and others within the iOS comunity also found it valuable. (I’m glad to say that Apple’s Accessibility Inspector has now improved to the point where this project is no longer as valuable!) 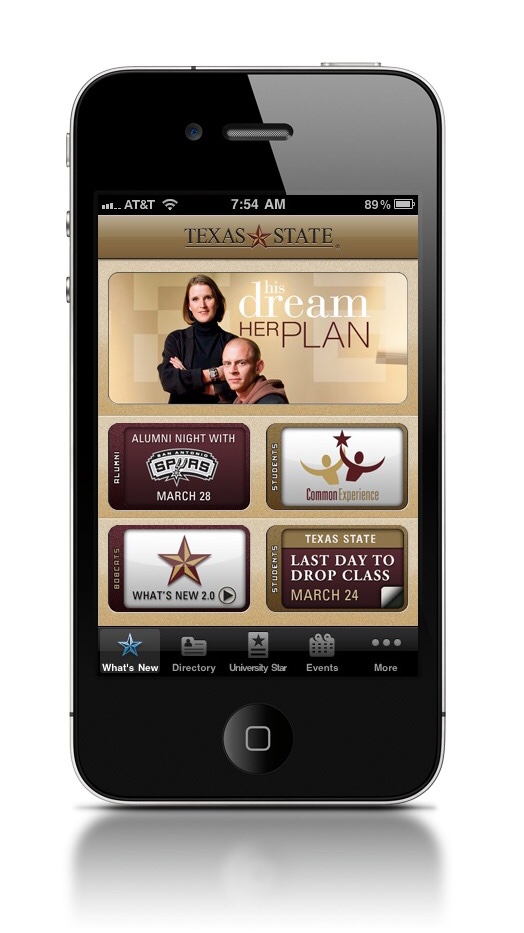 Originally started as a skunkworks project to give my web team an opportunity to learn iOS development, the University marketing department eventually got wind of what we were doing and liked it so much they promoted it to an official part of the University’s marketing efforts. The app included all manner of integrations with University systems, including the Learning Management System, the Web CMS, bus schedules, event schedules, class enrollment systems, annotated campus maps, and more.