As all you regular readers of this blog already know, my friend Jason Young and I are rather prone to building things that break other things. For my 40th birthday, we built a potato cannon and used it to shoot down my birthday piñata. For my 41st birthday, Jason used this photo from the 40th: 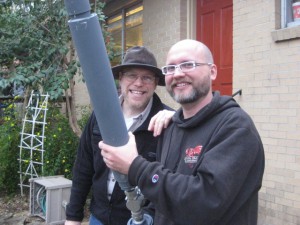 To commission this original artwork for the 41st: 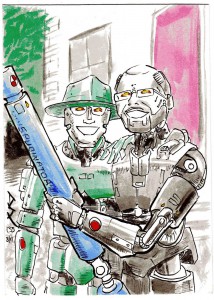 The best part? As the guy who did the drawing detailed in his blog post, it was not until Jason actually ordered it that he realized the artist, who he had discovered out in the untamed wilds of the Internet, lives two doors down the street from him.

Thanks Jason! (And Ben the artist!) This is now one of my most prized possessions. Great stuff.