I get a lot of creative satisfaction from creating things. Most often, that manifests as software or music, but I really enjoy getting my hands dirty with physical objects, and am particularly fascinated by the intersection of the digital and the tangible. Here are are few of the things I’ve built in the world of atoms: 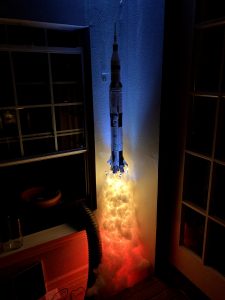 My son bought me the brilliant LEGO Saturn V for Christmas a few years back. And as far as we’re concerned, there’s no better way to express gratitude for such a delightful gift than by giving it a museum-style audio/visual display. 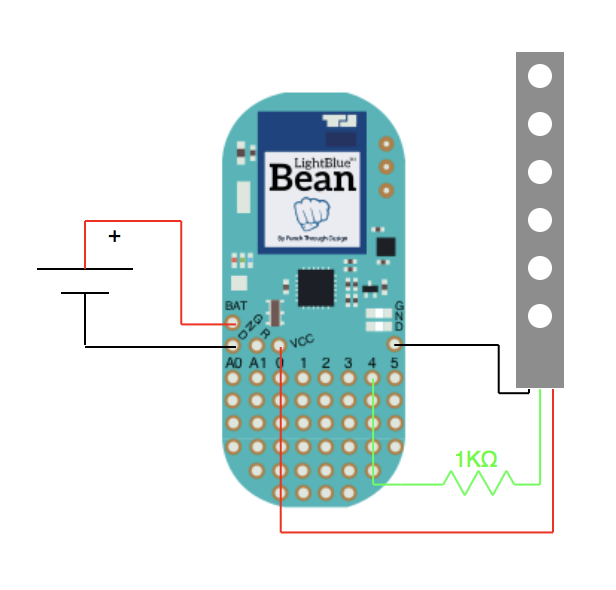 This was a project I built as a demo to teach the basics of IoT. It includes an iOS app that communicates via bluetooth with a LightBlueBean microcontroller board. The LBB, in turn, communicates with a strip of addressable LEDs, providing app-controlled lighting for my desk (and a nifty article). My son went on to build lighting controls for his room based on this article, so I judge it a success. 🙂 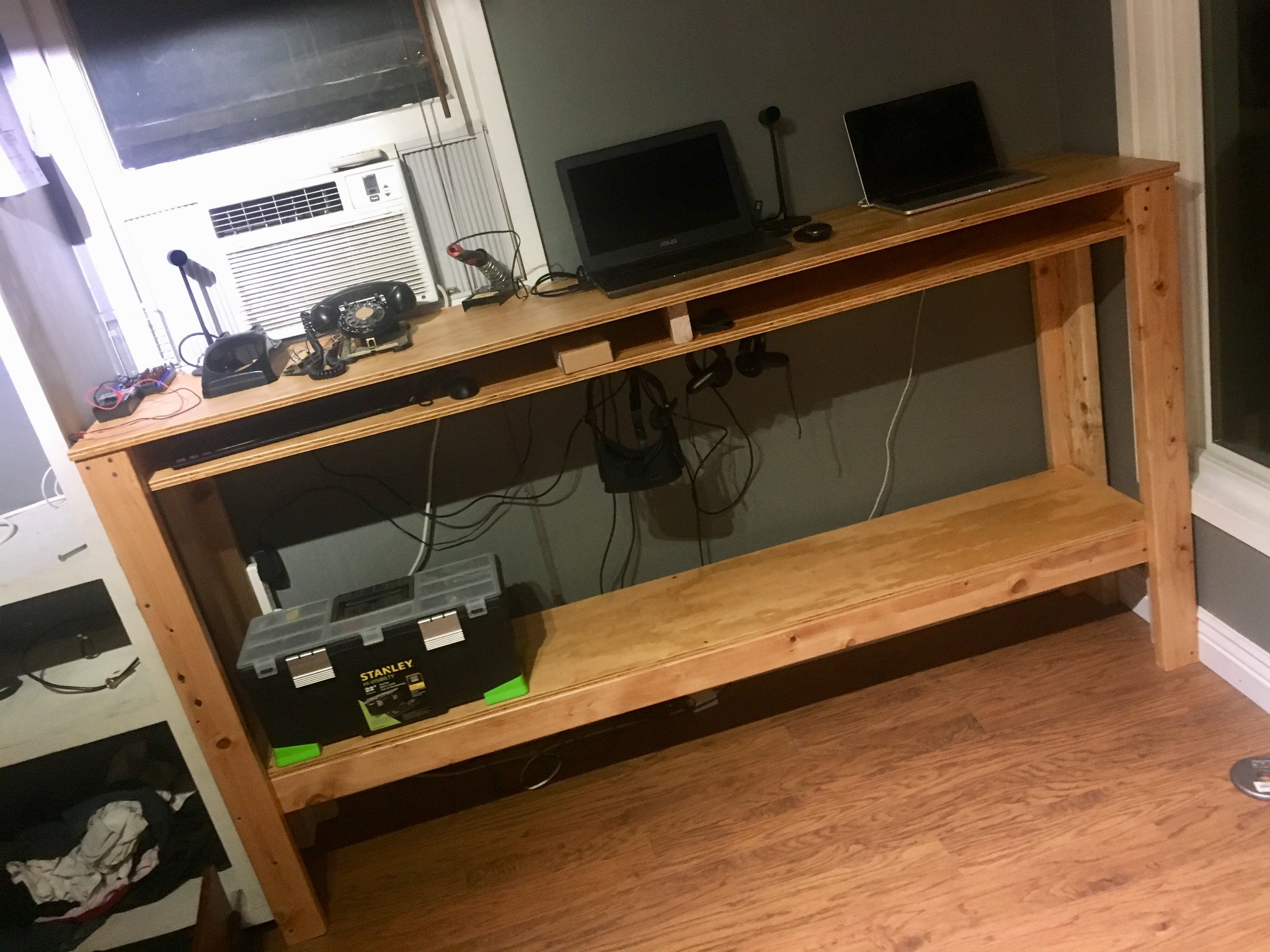 I like to stand up when I work. And I tend to get frustrated with the Gordian knot of wires that accompanies today’s VR gear. I solved both problems at home by building a standing desk with mounts for the VR gear built in and plenty of space for my development work and electronics tinkering as well. While it’s not a paragon of beauty, it’s been hugely helpful for my productivity.